"If we continue to put "pressure" on business like this, everyone will have problems!"

The phrase resonance among the participants of the meeting, at which took part heads of Kostanai enterprises with deputies of the Mazhilis of the Parliament of the country Taras Khituov and Irina Smirnova

However, the tone of emotional epithets voiced during the dialogue within the walls of the Chamber of entrepreneurs, wore not threatening, but rather warning nature. The MPs themselves have expressed a desire to come across, to learn about business issues. Their request was satisfied with a vengeance.

One of the issues that have long been gathering dust in the closet – is the complexity of the VAT refund procedure. The problem is not new, but it does not become less topical. The head of LLP "Kostanai flour mill", a member of the Regional Council of the Chamber of Entrepreneurs Alexander Miketka gave an example.

"I have a non-return VAT – in the amount of 600 million tenge. I will say with confidence that the one who came up with the idea of this system, it was initially set the task not to return tax. Why not return? Because they check my suppliers, up to the sixth level, find violations, and I suffer from it. It comes up to senility: Uncle Fyodor purchased gasoline not there, he didn’t pay excise tax... But it is not my fault? But this is my working capital, this is my business, it's a dollar, and still at the old rate", - said Alexander Romanovich.

The director of LLP "EvrazKaspianStal" Sergey Sotnikov, who believes that the return of the VAT system is not designed for manufacturers, supported the colleague.

"This law is written for those, who are sitting on the raw! For the oil industry, mining. Every quarter I paid 450-550 million tenge. After six months, they can definitely be back. We got return of 330 million tenge in 2014, and said in 2015 give back 200 million, we will properly enrolled. And now we're suing on this fact. One inspector comes and says what is right, after another comes and says that it is not. How? "- Said Sergey Sotnikov.

In the context of the problem Alexander Miketka drew attention of deputies to another nuance - inability to apply the tax incentives in the production of pasta.

"There is a preferential VAT for flour production. But in making the law it seems that we have forgotten that pasta - is also processing of grain. About five years every year we make suggestions, but nothing changes. Last year, we inquired with the Government and we were told that it is supposedly irrelevant, since January 1 will be introduced the sales tax. I offered to introduce at least temporarily, but to no result. On 1st of January - no sales tax was introduced. After all, there is no understanding of the most important: give us the grace of VAT and you will get more taxes", - says Miketka.

Given that the meeting was mostly attended by heads of companies, whose activities are connected with the processing of grain and flour exports, the participants raised the issue of rail transportation. Director of LLP "Assalam" Dulat Shayahmetov, in particular, complained about the ruinous rates.

"If five years ago we were paid for transport railroad services about 500 million tenge, today the sum is 1 billion 700 million. The procedure itself became more complicated. Previously, we sent 20 wagons   and now we have to confirm each wagon, I have not one, but four specialists at the firm engaged in this. What will be next? After all, the export falls. I think that it will get only worse", - commented Dulat Shayakhmetov.

First Deputy Head of Kostanayi branch of JSC "Kazakhstan Temir Zholy" Yuriy Yurevich, who was present at the meeting, tried to explain the situation on the development of competition, saying that part of deadlocks and wagons are in private hands. He spoke about the customer focus of his division, about reforms. But the more entrepreneurs spoke, it was obvious: the way of business by rail can not be called happy.

"In December 2016 paid 153 582 tenge for one wagon for locomotive traction. Today, the cost has reached 156800. They tell us that KTZH wants to raise the tariff, due to fuel costs. But why to raise prices on wagons, they do not need fuel?"- asked the director of LLP "Kaztorgtrans" Khalilulla Gran Aka.

"With great difficulty, we deal with the problem of shortage of wagons, - said the director of LLP "EvrazKaspianStal" Sergey Sotnikov. - In September, all of a sudden it turns out that in some region there is not enough coal, and all wagons go there. But then, our supplies are in jeopardy. We, though we quarrel, we find the common language. We get benefits on tariffs, but without that 5% of the costs of our company - is the use of the railway services. The personnel and energy costs are less expensive. We always say: optimize costs. And you can’t optimize more? "

What is good for Afghans, for Kostanai residents ...

The problem of transportation, perhaps, will not be so acutely felt by millers, if not for the phased development of the industry of once permanent foreign partners. Central Asian countries, where Kostanai companies export flour, acquire powerful mills, and thus it eliminates the need for large quantities of our products. Dulat Shayakhmetov, in particular, admitted that he is gradually losing the Afghan market. Coupled with the increase of tariffs losses are much more painful.

Director of LLP "Kostanai flour mill" Alexander Miketka, in turn, believes that the market loss is irreversible. But there is food for global thinking. And, above all, for the deputies.

"Every state should deal with food security issues, it is natural and normal. But if we want to maintain the flour industry, the question must be addressed comprehensively, at the state level. We need to sit down and to think about it, so that the heads pop", - the businessman said.

Entrepreneurs voiced problems - Deputies made a note. Even in his opening speech, Taras Khituov and Irina Smirnova reported on the tremendous legislative work carried out by deputies. A lot has been said about the cooperation with the National Chamber of Entrepreneurs "Atameken" and businessmen agree that the results are obvious. It was clear at the end of the conversation: the work front is still very huge. Sergey Sotnikov’s speech can serve as a summary.

"You yourself said thank you to entrepreneurs for what they do. So help us to do this. After all, if to put "pressure" on business, everyone will have problems. And you, too, will have to solve a completely different problem", - said Sotnikov. 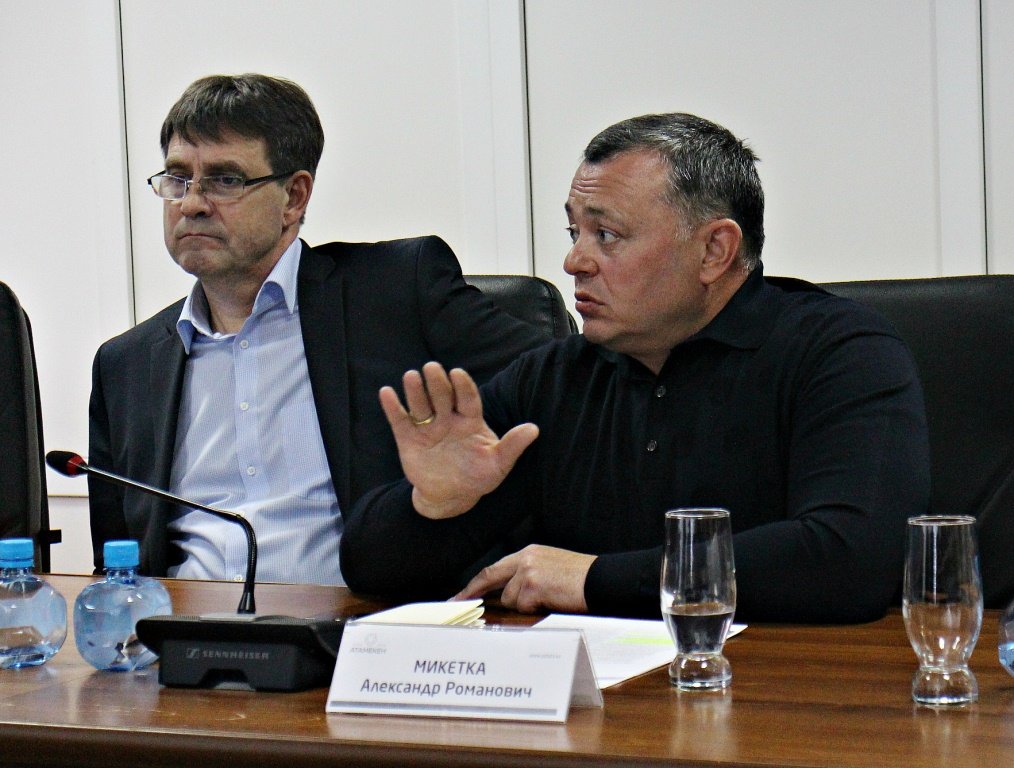